What impact will new technology have on innovation, consumer behavior and the way we work?

Economist, Author and TV host Linda Yueh will talk about the importance of technology and take a closer look at how this changes everything from innovation and productivity, to very specific consumer behavior and way of working. There are many areas that are affected, including e-commerce, automation and value chains 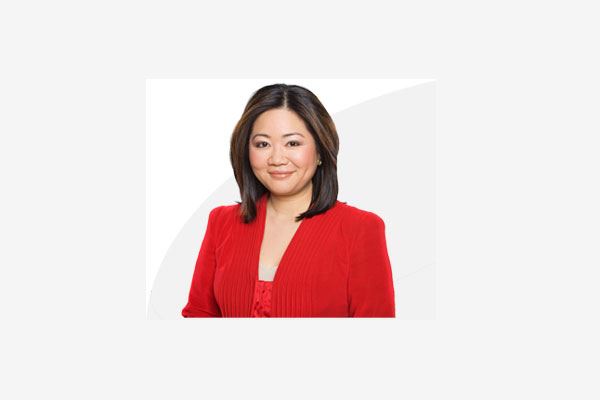 He currently leads the Hikvision organization, a global company with more than 40,000 employees and 59 branch offices and subsidiaries around the world. As its senior cybersecurity director, he is responsible for The Americas, New Zealand + Australia, and APAC regions. Davis came to the security industry from IBM in 2017, and he has made a major positive impact on Hikvision, overseeing the achievement of many milestones, and raising the company’s cybersecurity game to industry-leading status. He has also eagerly shares his cybersecurity expertise with the security industry as a whole. He sits on several boards, has numerous certifications, is a co-author of two books, and the author of several patents. He is also Adjunct Professor at the University of Denver.

Anna Felländer is the founder of the AI Sustainability Center. Anna is one of Sweden’s leading experts on the effects of digitalization on organizations, society, and the economy, and has published a numberof reports on the subject, including topics
such as e-commerce, FinTech, the sharing economy, and the role of AI in achieving the Sustainable Development Goals.

Anna is also a frequent speaker at Nordic tech- and political events, including Slush and the Almedalen Week. She has held positions in
academia, government, the digital start-up scene, and large organizations focusing on Artificial Intelligence & Ethics. Most recently, Anna was the Chief Economist and Digital
Economist at Swedbank. Prior to that, she worked within the Swedish government for ten years, both at the ministry of Finance and the Prime Minister’s office.

She has been a Senior Advisor to the Minister of Digitalization, Affiliated Faculty at the Royal Institute of Technology, as well as a Board member at AI startups. She is an expert advisor to Sana Labs, which applies deep learning to make education personalized and more accessible.

Anna holds a Master’s degree in Macroeconomics from Stockholm School of Economics.

Dr. Linda Yueh is one of the most popular speakers on global trends in the UK and is a renowned economist. She has been a television anchor for BBC News, BBC World and Bloomberg TV, and has published several books on economics.

Marcus East has recently been appointed SVP & Chief Digital Officer at T-Mobile USA. Prior to that, he was Technical Director in Google's Office of the CTO and worked as an advisor to Google's largest customers on how to pursue long-term strategic thinking around technology. He has strong views on social exclusion, diversity in technology, talent management and digitalization.